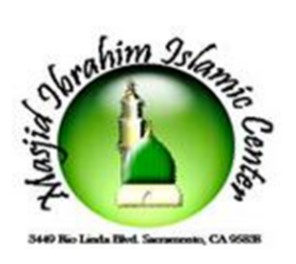 A member of the Masjid Ibrahim since its inception. Seifudeen has seen the community grow and blossom into what it is today. As one of the top boxing trainers in the nation he is known for his strategy, preparation, and insight. A man of vision and reason, his leadership as proven to move the community forward by leaps and bounds. And as we embark on our new masjid project his guidance will be invaluable.

The spiritual leader of our community, holding degrees in both Islamic History and Imamates, he is a highly educated and respected man but yet and still the embodiment of humbleness and dignity. Originally from Syria, Imam Abdul Rahman has worked and traveled throughout the Arab Peninsula. Arriving here in the States over twenty years ago. His experience as a professional journalist gives him a unique prospective into the conditions of muslim ummah, both domestic and aboard. Imam Abdulrrahman has become an integral part of our tight knit community and his contributions of knowledge and guidance goes without measure.

In 1985 Imam Abdurrahman started all his activities, studies, and all levels of Study in Damascus, Syria. He attended the History College and University of Damascus. In 1988, he obtained diploma in Public studies of Arab History and Islamic history. In 1988 he signed a letter to obtain Masters degree in History. Imam obtained his Masters in the history/study of Imamates in Yemen. In 1982, he began work in Broadcast station in Damascus as an editor in news office. In 1992, he worked as editor for the news and Television in the state of Kuwait. In 1994, he worked as news editor in the Kuwaiti news office. In 1998, he applied for a Visa to come to United States of America. He lived in Sacramento in 2013 as Imam and Financial Advisor at Masjid Annur in Sacramento, Ca. From 2018 until now, was appointed to be Imam and Advisor at Masjid Ibrahim Islamic Center.

A true representation of the strong and silent type. As a former over the road truck driver Waliyudeen understands purpose, sense of direction, and the importance of staying the course. He is the guiding light of our community whose words are full of reason and direction.

A very active member in the Masjid Ibrahim community. He takes exceptional pride and dedication in being involved and coordinating masjid events. Originally from the Fiji Island, Brother Shaukat understands the importance of building community and has become a cornerstone in Masjid Ibrahim’s community food drive and outreach program.